How salty is your Christianity? 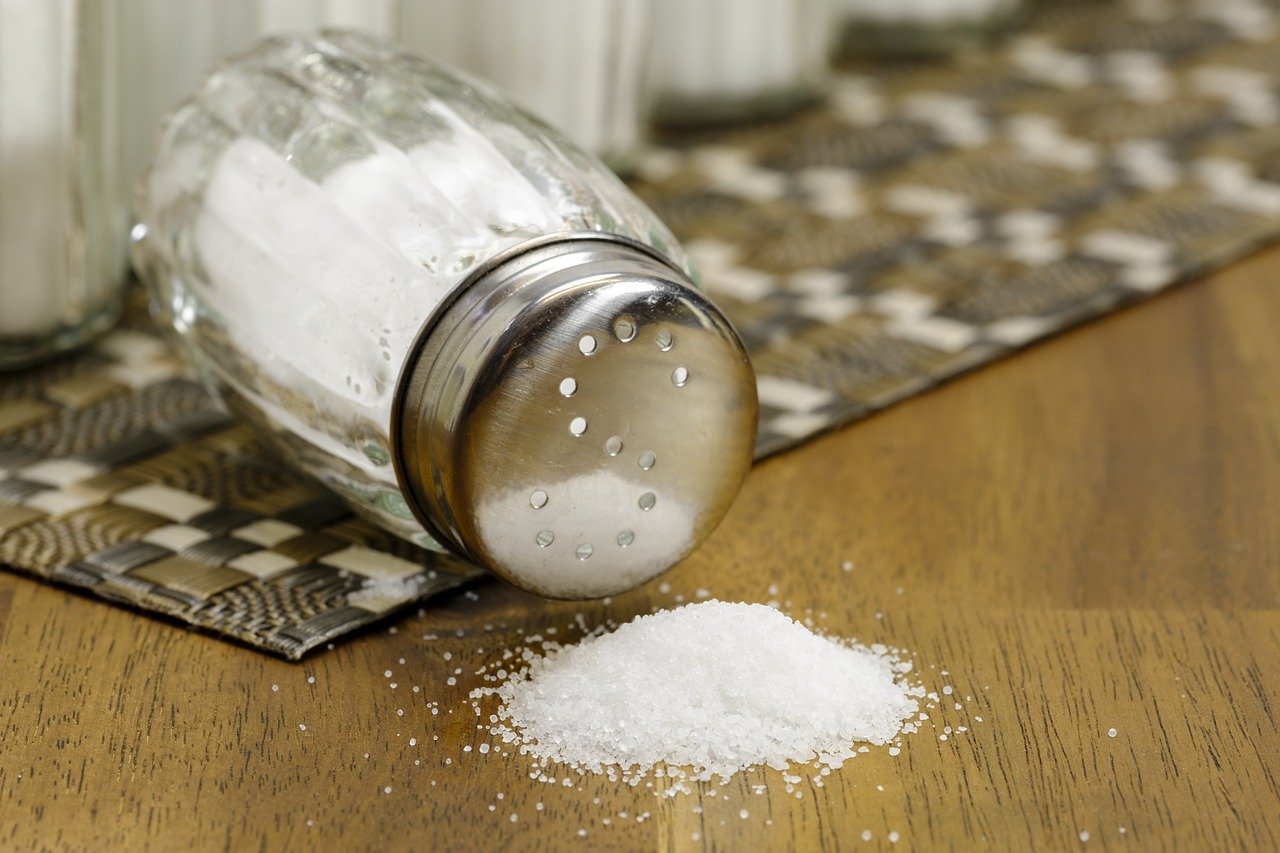 On Sunday 9th February 2020, the young people of St George’s, with the help of our church youth worker Jennie Hebson, organised a special Youth Service in which everyone participated. Church member Annika wrote and delivered a powerful sermon, which we present below for anyone who missed it or who would like to read it again. It is well worth reflecting on and sharing with others!

Before winter break, my cheer team was doing pretty simple practices. We’d go through our dance routine once or twice, and that’s basically it. That was for performing at our school’s winter bazaar, during half-time at school basketball games, and at the holiday assembly for pre-schoolers.

Now, we do push-ups and sit-ups to start, we run through our long routine, run 4 laps of the playground, work on toe touches, and don’t stop until every movement in the routine is perfect. This is because we have a performance at Paris Disneyland, our biggest competition, and we will parade in front of thousands of people. My coach raised her expectations of us so that we would and could strive to do more. This is a big part of what Jesus is teaching to the new followers listening to him on the mountain: new times call for new expectations. Don’t just reach but surpass.

But Jesus and the writer of Isaiah weren’t talking about public performance. Or maybe they were. The first part of the Isaiah passage talks about people who seem to be drawing near to God by fasting and prayer, and the people want it to be seen and noticed, like a public performance. But God wants more than that. These things mean nothing if we’re not living his love. The author of Isaiah goes on to say that the fast he wants to see his people doing is to “loose the bonds of wickedness… let the oppressed go free… share your bread with the hungry and bring the homeless poor into your house… cover the naked…”. These are all practical things God expects his people to do if they really love him. And they shouldn’t be done for the sake of the public performance and recognition, but because it is part of that new expectation that God has for his people.

These actions, to tie it to the Matthew reading, are examples of the light and salt in the world that other people see. Why does Jesus talk about salt? Salt is yummy on food. It brings out and intensifies flavour to boring things like potatoes and makes them amazing. Think of your favourite food; now think of it without salt. It’s not as good, right?

People need salt to live. Salt, or sal, is the root of the word “salary,” because Roman soldiers used to get paid in salt. Salt is that important. Being the salt of the earth yet losing your taste? That’s basically like people who say they’re Christian, only to say “I hate you” to other people. Or, to use the example from Isaiah, following the rules and fasting to be recognised as holy, not to do good things or bring yourself and others closer to God.

The way we can properly love God is sharing with others who are less fortunate than us. If you have food but don’t feel hungry, give it to someone who needs it. Don’t do it to show off; do it because it should happen and to love God. This brings us back to the purpose of being salt and light. It is so that others recognise God through our good works: it’s all about him.

And what is the best way to help people to see anything? Light! Light is cool. It lets you see, and seeing is important. Light helps us not trip on things and to read. Seeing is so important my mom pays hundreds of euros for glasses for me to see. Lights are not to be hidden under a bushel. Letting it out is not to brag, but to be an example and shed light on others. Light is not useful if it only calls attention to itself, but when it shows the way to God.

I remember last year when my friends and I were going to watch a movie. It was a day before I moved to Spain, so I was excited to be with my friends but scared about what lay ahead. We were sitting in the park, making flower crowns and there was the most beautiful sunset. I had not asked God for a sign, but the light in that moment showed me his love and I felt his assurance that things were going to be OK, not through anything I did, but through that love. That knowledge that God loves you forms the feelings in your heart…that and wanting to “walk in the light of God” and be closer to him. That’s the core. Bringing that into the soup of humanity is what spreads the salt. That’s the salt of the earth in full flavour, that’s the light of God’s love brightening up a room for others to find a path.

Which brings us back to the Matthew reading. We are called to be salt, and light, but not just to be salt and light. We have to be an example. You can’t be a follower of Jesus in name only, like being salt in name only. You are a Christian by how you act. We know that God loves us. We’ve known that from the beginning, since Adam and Eve, and that he’s willing to sacrifice his one and only Son to be with us. God loves everyone, even if they sin and even if they live life in a way other than how some human thinks they should live life. God still loves us, because God’s love is enduring and infinite. This is what is being offered through the new and expanded rules, the ones you do for the glory of God and not just because people in charge tell you to.

Jesus was not removing all requirements of the law, but reminding the audience that adherence to the law was the bare minimum. Obeying the law for the right reasons is more important than you know. The core of Christianity, the salt, the light, isn’t praying every day or perfect knowledge of scripture; it is believing God loves you and carrying his love for others in your heart. Perfection isn’t an issue. You can stray from the path. God forgives you as much as he forgives all the other humans you might be tempted to judge. But saying you believe in God but not acting as if you believe in God’s enduring universal love is a contradiction. That contradiction is the unsalted salt, the hidden lamp. “The purpose of being salt and light is that others see our good works and give glory to God – it’s all about him.” That’s the light, that’s the saltiness of Christianity: trying your best to live a life that shows and celebrates God’s love.