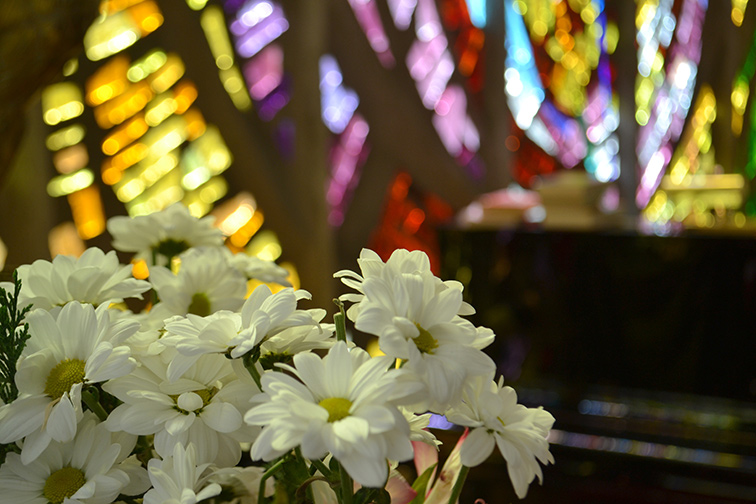 Pull-out quotes included “We are open and inclusive and not doctrinally narrow” and “We have volunteers working with the homeless and poor.”

The newsmagazine was available from local newsstands.