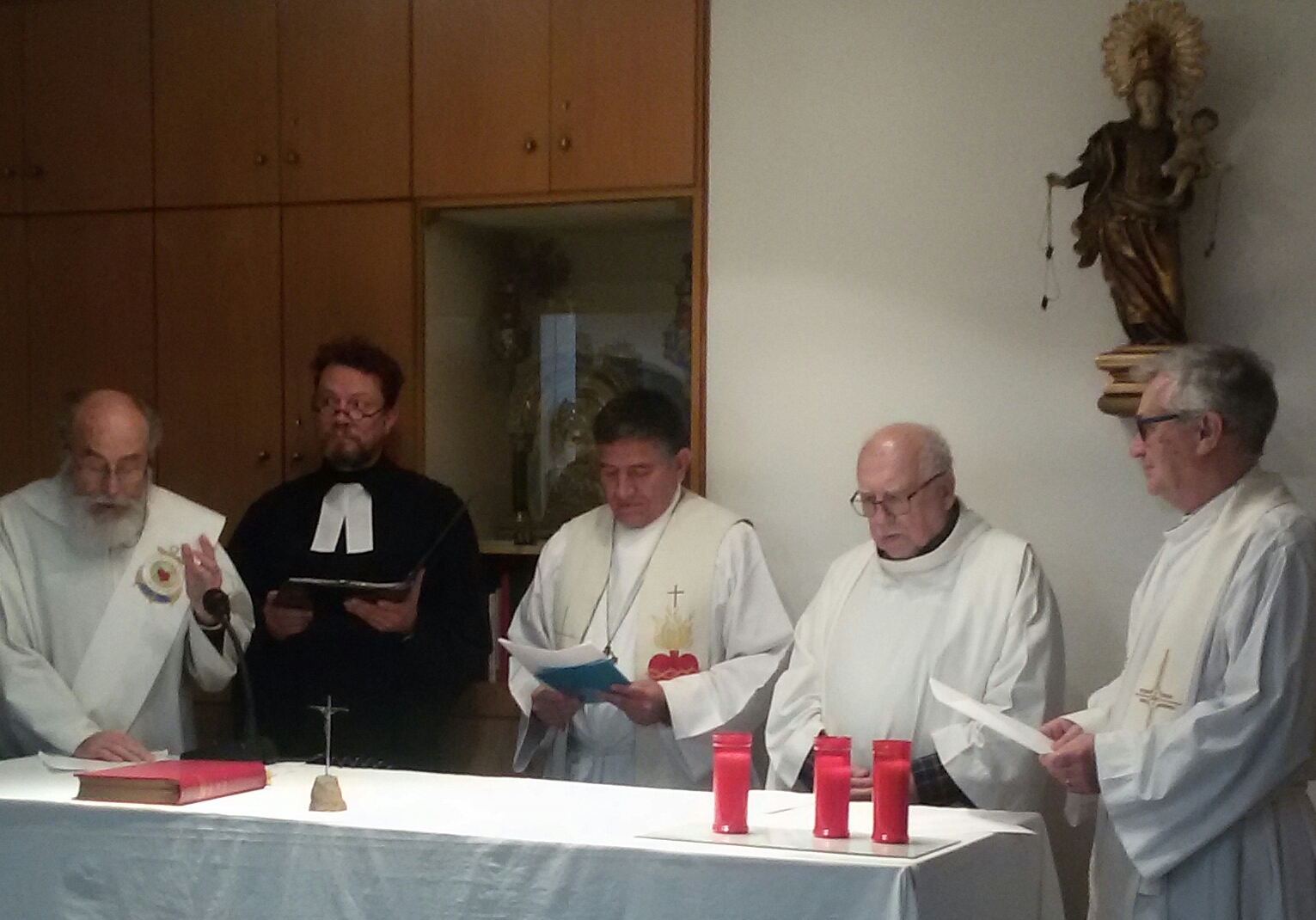 Every January, St George’s participates in ecumenical activities during the international Week of Prayer for Christian Unity. In addition to joining with the Bonanova Catholic Church for a joint service on Tuesday, 23rd January, members of St George’s attended a special service held at Stella Maris del Apostolado del Mar, close to the Port of Barcelona, on Thursday, 25th January. Revd John (pictured far right) joined in the Ecumenical Celebration.

The celebration was led by Deacon Ricardo (pictured far left). At the beginning of the service, he shared the story of nine Sri Lankan seafarers who had been abandoned by their ship’s owner without pay four months ago. Stella Maris had accommodated them throughout the four months and had helped them to resolve their claims. To everyone’s delight, Deacon Ricardo announced the good news that the nine men had finally received the payment owed to them, and that they were now able to travel back home to their families.

Bishop Jorge (pictured centre) gave a moving sermon from Mark 5:21-43, about the woman whose bleeding no doctor could cure, who was healed by faith upon touching Jesus’ cloak, and then about the faith of Jairus, the temple priest, who asked Jesus to cure his daughter.

The Bishop pointed out how both of these people had crossed frontiers. Christians can learn from this passage in the Gospel of Mark about how we, too, through faith in Christ, can cross frontiers, no matter the diversity of our cultures.

Overall, it was a very happy evening. Those of us attending from St George’s give special thanks to the welcome and generosity of Deacon Ricardo and his whole team at Stella Maris.