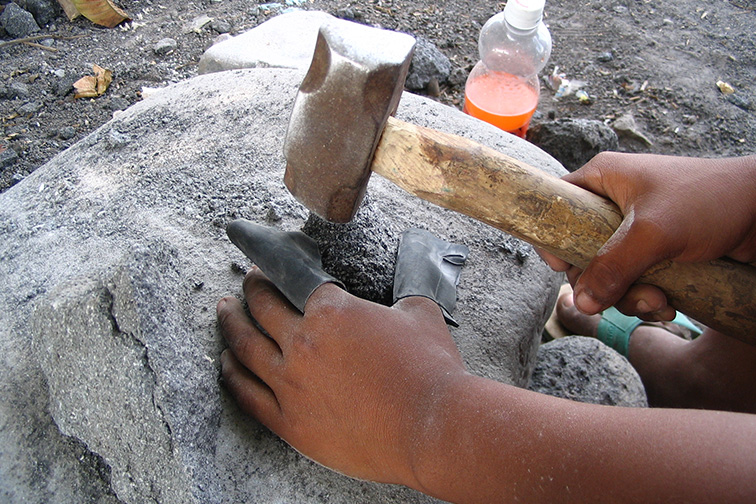 Former BBC journalist, entrepreneur and member of St George’s Church, Mariusa Reyes, has volunteered to be the local liaison for the Anglican Church’s wider effort to help combat human trafficking. Speaking in church on Sunday, October 16th, Mariusa drew attention to this form of modern slavery and urged people to take action to stop it. Here she shares more…

Human trafficking is the fastest growing international crime and one of the primary means by which people are enslaved. It is a crime based on greed, control and power. Men, women and children, especially but not exclusively from poor countries, can easily fall into the hands of unscrupulous traffickers with their deceptive promises of a good life, more money, education and a better future for their families.

Gulnara’s harrowing story is just one of many happening every day. Even though she is free now, she still fears what the men who trafficked her into prostitution could do to her if they find out where she is. To protect her identity, American actress Robin Wright voices her story in this video.

Estimates of the number of people trafficked every year range from 21 to 36 million people globally, with the vast majority (80 percent) being women and girls. Although sexual exploitation and forced labour are the most prevalent practices, human trafficking takes other forms, including domestic servitude, organ harvesting, forced crime, child soldiers, drug trade, forced marriage and benefit fraud.

Europe is one of the main destinations for victims. Especially given the number of people fleeing nearby countries involved in war and conflict, there is growing concern for the safety of refugee children, many of whom could fall prey to traffickers.

Men Are Also Targets
Even though women and children are most vulnerable, men are also targets. Desperate to provide for their families, men can get lured away by job offers that seem good but end up being something quite different when they arrive at their destination, and then their ordeal begins.

People trafficking is second only to drugs trafficking for being the largest source of illegal income worldwide, generating profits as much as $150 billion annually.

For the most part, human trafficking happens underground, with unfortunately few or no consequences for the perpetrators.

The good news is that many organisations, charities and churches are working together with government officials, police and local communities to rescue people from traffickers and put an end to this modern slavery.

International Justice Mission is one such organisation. Watch this video and decide for yourself how you can help.

The following charities and organisations are part of the Freedom Sunday Anti-Trafficking Initiative:

Not for Sale Campaign

Here are three other videos shown during Mariusa’s talk, in case you missed it: