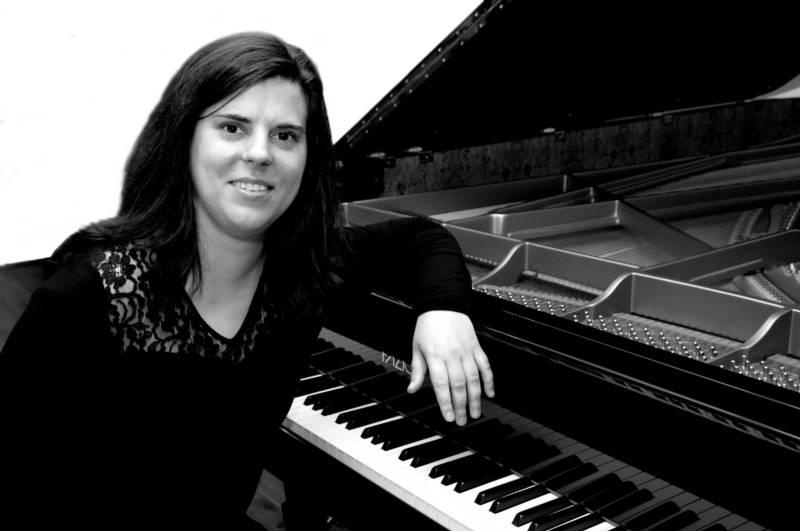 Ingrid Cusido will be performing pieces by Mozart, Beethoven, Brahms and Granados during a piano recital at St George’s on Saturday, September 22nd, 7:30pm.

Cusido has received advice from such renowned pianists as Nikolai Demidenko, Tatyana Sarkissova and Joaquin Achucarro.

In 2002, she was awarded the Artistic Merit Prize, and her artistic quality was recognised by several universities and cultural institutions.

Highlights of her career as a solo recitalist and with orchestras include the Festival of the Arts in New York, the Eduardo Mata and Cervantino festivals in Mexico, and the Mozart Festival in Paraguay.

On the American continents, Ingrid has performed in many important cities in the USA, Mexico, Guatemala, Uruguay, Paraguay, Colombia and Brazil.

She has also performed in Europe, with regular invitations in the UK, Spain and France.

In the UK, she is frequently invited to give lunchtime piano recitals, successfully presenting programmes that include the traditional Spanish piano repertoire.

Her interpretations of the 12 Spanish dances by Enrique Granados, the 4 Spanish Pieces and Fantasia Baetica by Manuel de Falla, and the Iberia Suite by Albeniz have all been very well received.